Davy Jones’ locker: much pleasanter to say than “drowned”

I don’t do reviews of short fiction anymore, for a number of reasons. For one, see Neil Clarke’s column from last year, i.e., lack of impact.

However, just for fun, why not give a little nod toward recent stories, such as last week’s “A Spell to Retrieve Your Lover from the Bottom of the Sea” by Ada Hoffmann at Strange Horizons?

When your lover drowns, please don’t cast a spell;
They’re finicky and monkey-paw-ish, and, well,
He’s dead, you know—so have a long talk with mom
And update your profile at Match.com. 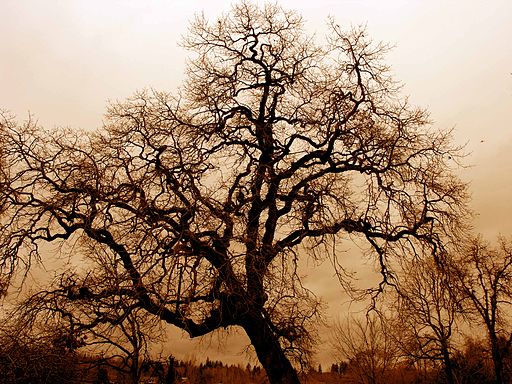 Many autumns ago, my cousin told me that her daughter had asked her, greatly upset, why all the trees were dying. Apparently, Gerard Manley Hopkins’ young friend asked him the same question.

Spring and Fall:
to a young child

Márgarét, áre you gríeving
Over Goldengrove unleaving?
Leáves like the things of man, you
With your fresh thoughts care for, can you?
Ah! ás the heart grows older
It will come to such sights colder
By and by, nor spare a sigh
Though worlds of wanwood leafmeal lie;
And yet you wíll weep and know why.
Now no matter, child, the name:
Sórrow’s spríngs áre the same.
Nor mouth had, no nor mind, expressed
What heart heard of, ghost guessed:
It ís the blight man was born for,
It is Margaret you mourn for.

Hopkins’ mind looked for the unifying principal of whatever he was examining, so “Sorrow’s springs are the same” is a key line leading to the poem’s conclusion.

Hopkins couldn’t find a publisher for this poem (written in 1880), although he had been published numerous times. “Spring and Fall” was not published until 1918, 29 years after his death. It’s a powerful work, but maybe it took the World War I generation to recognize it.